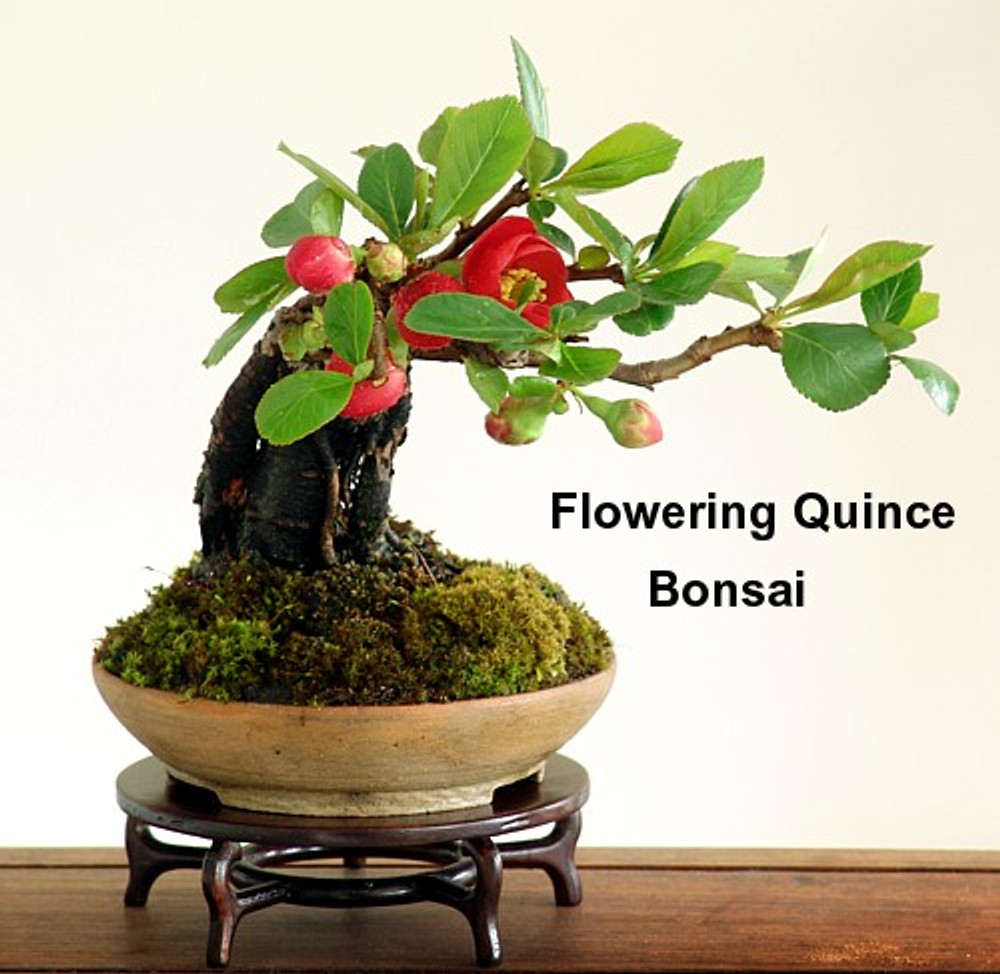 Japanese Flowering Quince is a small spiny tree, in the rose family, from mountain woodland in Japan and China. If left to grow naturally, it reaches 3 feet tall.

Chaenomeles Japonica are much beloved for bonsai because of their tiny, lovely flowers, and in spite of their prickly thorns. Flower colors can be white, pink, red, orange-red and orange. They are produces as early as January, and may continue to flower for a long time following the appearance of leaves.

Flowering quince is an old-fashioned deciduous shrub that American farmers of the 1800s often grew on their homesteads for its beauty and sometimes for a little bit of fruit. It's a bit of a mystery why farmers chose to grow this plant, as it does not produce large amounts of quality fruit--it is thought perhaps they simply loved the beauty of its early spring flowers.

The fruit are very hard and astringent and very unpleasant to eat raw, though they do soften and become less astringent after frost (when they are said to be "bletted"). They are, however, suitable for making liqueurs, as well as marmalade and preserves, as they contain more pectin than apples and true quinces. The fruit also contain more vitamin C than lemons (up to 150 mg/100 g).

Plant Care:
They thrive in any soil and although tolerant of shade, will bloom better in sun. Little pruning is needed unless training them against a wall. Prune after flowering to shape if needed.