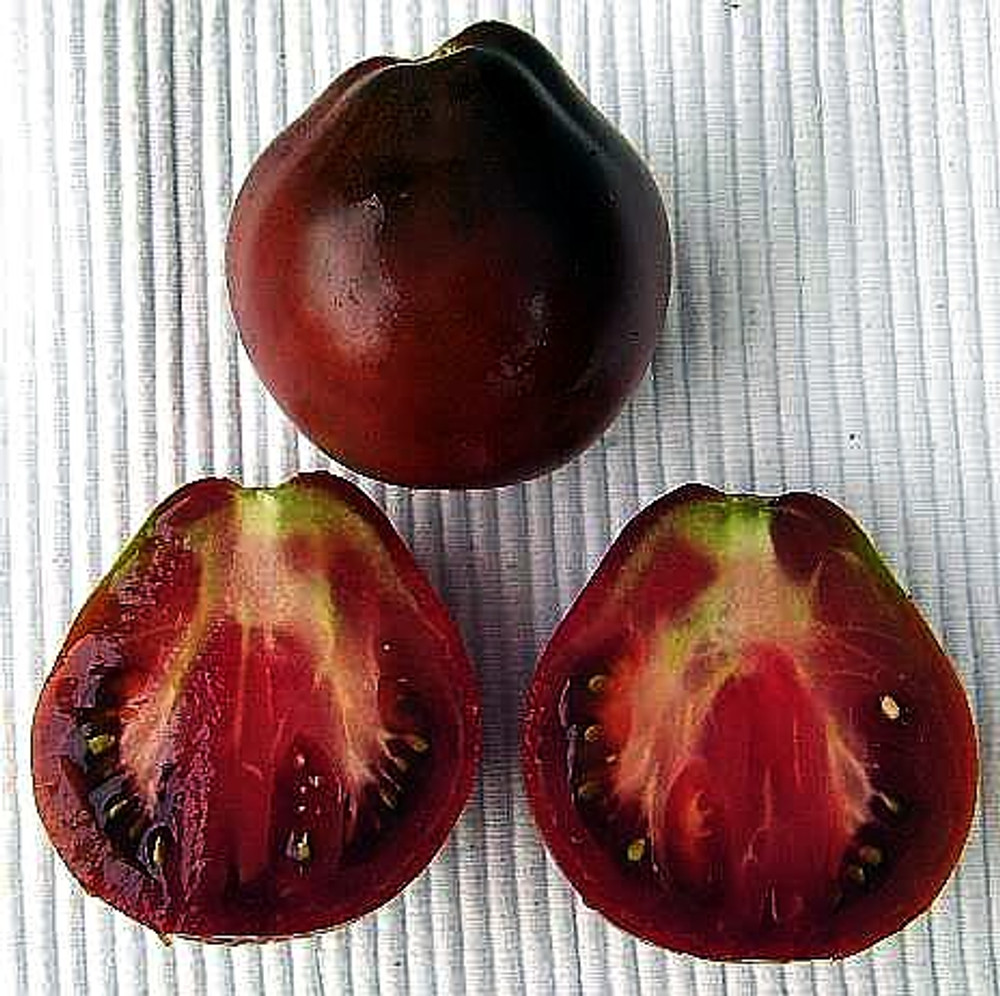 TOMATO: Tomatoes are rich in vitamins and antioxidants, and the seeds are high in fiber. The green parts are mildly poisonous, which is not surprising, as tomatoes are closely related to both nightshade and tobacco. The tomato was originally believed to be poisonous when introduced into Europe, and was used solely as an ornamental plant during the 16th and 17th centuries. The first traces of its use as a food date back to the first half of the 18th century. Tomatoes are now a tasty ingredient in many dishes, and are used fresh, canned, stewed or even sun-dried.

The Japanese Black Trifele Tomato (Estonian: Tomat Jaapani tr ffel) is one among an entire family of so-called "Japanese Trifele" Tomatoes that are grown in Russia. High prices are often fetched for Trifele Tomatoes.

Japanese Black Trifele features an absolutely wonderful flavor that possesses an extrordinairy richness. Unlike many other black varieties, the tomatoes yielded are blemish free and are not subject to cracking. Originally imported from Estonia. 4-6 ounce fruit. Organic seed.

Black Trifele is one of the very darkest black tomato varieties available.