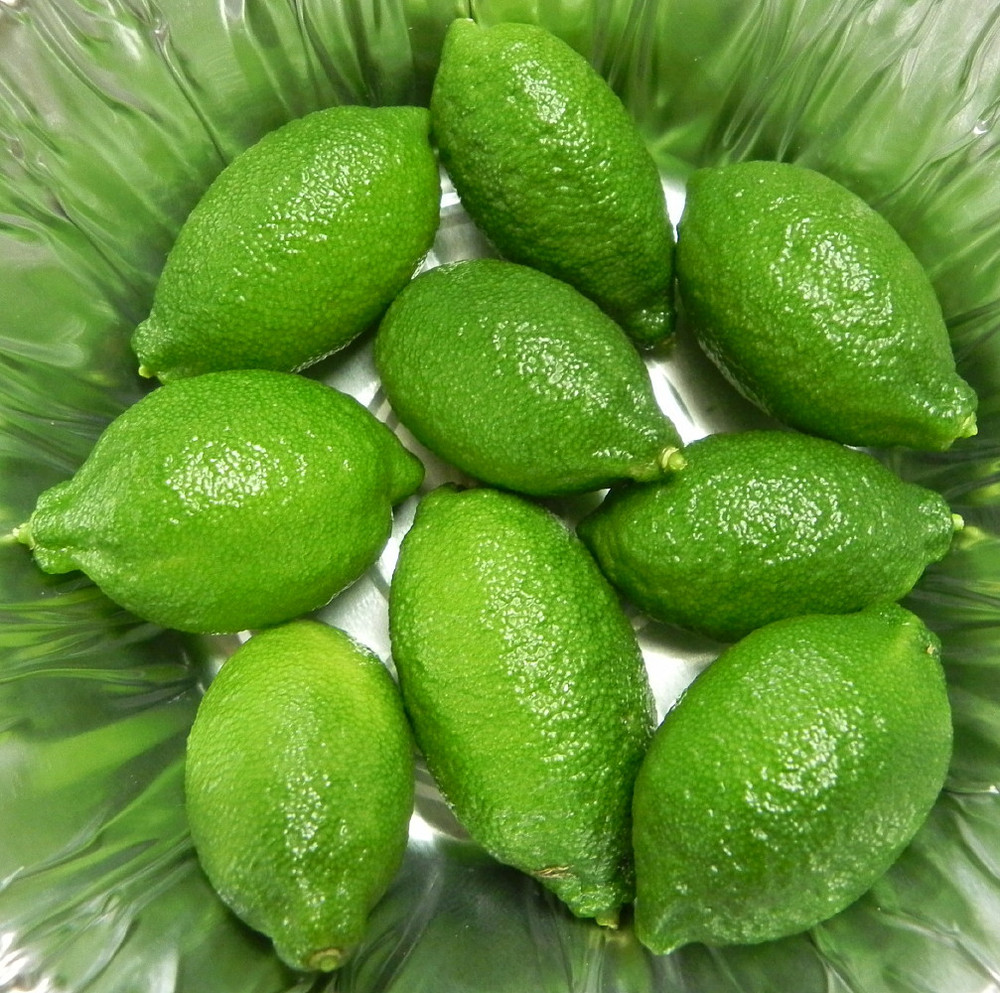 We cannot ship citrus to; American Samoa, Arizona, California, Florida, Guam, Hawaii, Lousiana, Northern Mariana Islands, Puerto Rico, Texas, Virgin Islands as per USDA Regulations. This tiny leafed relative of citrus produces finger-like fruit with tart, round, juicy, light colored vesicles. Sometimes called "citrus caviar", fruit flavor is reminiscent of Mexican lime. Primary fruiting season in California is November - December. The plant has white and pink flowers May-July. Chefs from all over have caught on to the limes' charms. Restaurants in San Francisco use them to add tangy, textural contrast to the rich beurre blanc that tops sauteed scallops. Australian chefs mix the capsules into cocktails at home to add a concentrated citrus note. In Paris, pastry chefs uses finger limes as a bright, finishing touch in both fruit compotes and rich chocolate desserts. "It's the fleur de sel for the pastry chef." The fresh vesicles have the effect of a burst of effervescent tangy flavor as they are chewed. The fruit juice is acidic and similar to that of a lime. Marmalade and pickles are also made from finger lime. The finger lime peel can be dried and used as a flavoring spice.