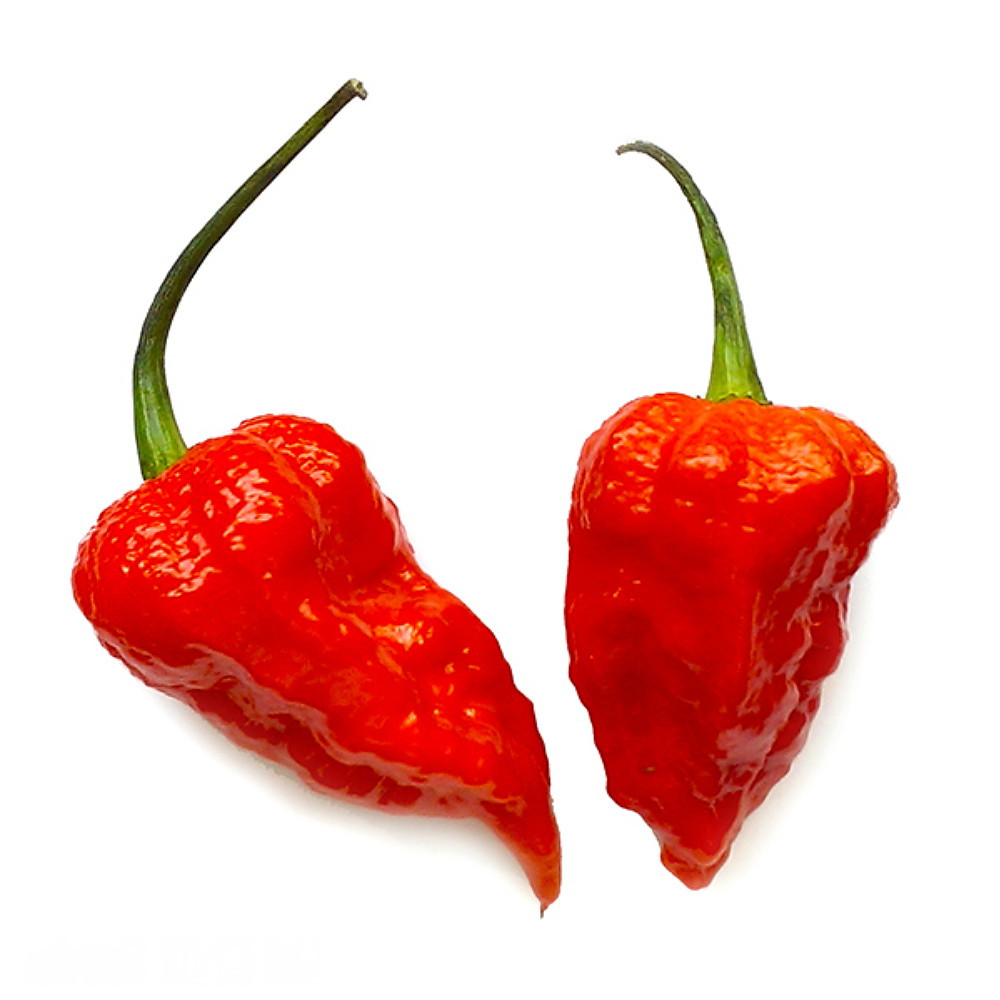 HOT PEPPERS: When Wilbur Scoville first devised a means to test the heat of peppers, his hottest entry then came in at 20,000 units. Habanero and Thai chilies can go as high as 60,000. Compare that to the sweet bell pepper at zero. When hot peppers are consumed, capsaicinoids bind with pain receptors in the mouth and throat that are responsible for sensing heat. Once activated by the capsaicinoids, these receptors send a message to the brain that the person has consumed something hot. The brain responds to the burning sensation by raising the heart rate, increasing perspiration and release of endorphins. Hot peppers should be eaten with caution! Bhut Jolokia Pepper: In fall of 2006, the Guinness Book of Records confirmed that New Mexico State University Regent s Professor Paul Bosland had indeed discovered the world s hottest chile pepper, Bhut Jolokia. Bhut Jolokia, at 1,001,304 Scoville Heat Units (SHU), is nearly twice as hot as Red Savina, the chile pepper variety it replaces as the world s hottest. A New Mexico green chile contains about 1,500 SHUs and an average jalapeno measures at about 10,000 SHUs. The name Bhut Jolokia translates as ghost chile, Bosland said, "it s because the chile is so hot, you give up the ghost when you eat it! According to Bosland, Bhut Jolokia is a naturally occurring inter-specific hybrid indigenous to the Assam region of northeastern India. A member of NMSU s Chile Pepper Institute visiting India sent Bhut Jolokia seeds back to NMSU for testing in 2001. Bosland then grew Bhut Jolokia, Red Savina, and habanero peppers under controlled settings. Bhut Jolokia exhibited significantly higher SHUs, as much as triple the amount, and these findings were confirmed by two independent laboratories. Bosland reported that the variety has compelling potential in the packaged food industry as a food additive. The pepper could be pickled while still green, dehydrated and used as a seasoning. Because the heat is so concentrated, less would be needed and food manufacturers would save money. This isn t something you d pickle whole and eat, Bosland said, but it could replace dehydrated jalapeno as an additive. Other Names: Bhut Jolokia, Ghost Chili, Ghost Pepper, Naga Morich Caution: The fruits of this chile variety are extremely hot. It is advised to wear gloves when handling the peppers, keep them away from children, and thoroughly clean all kitchen utensils like cutting boards, knives etc. When grinding dried Jolokias, wear a breathing mask, protect your eyes. Don't touch any sensitive parts before cleaning your hands thoroughly first. And use these peppers sparingly - it is always easier to kick up the heat of a dish than toning it down.