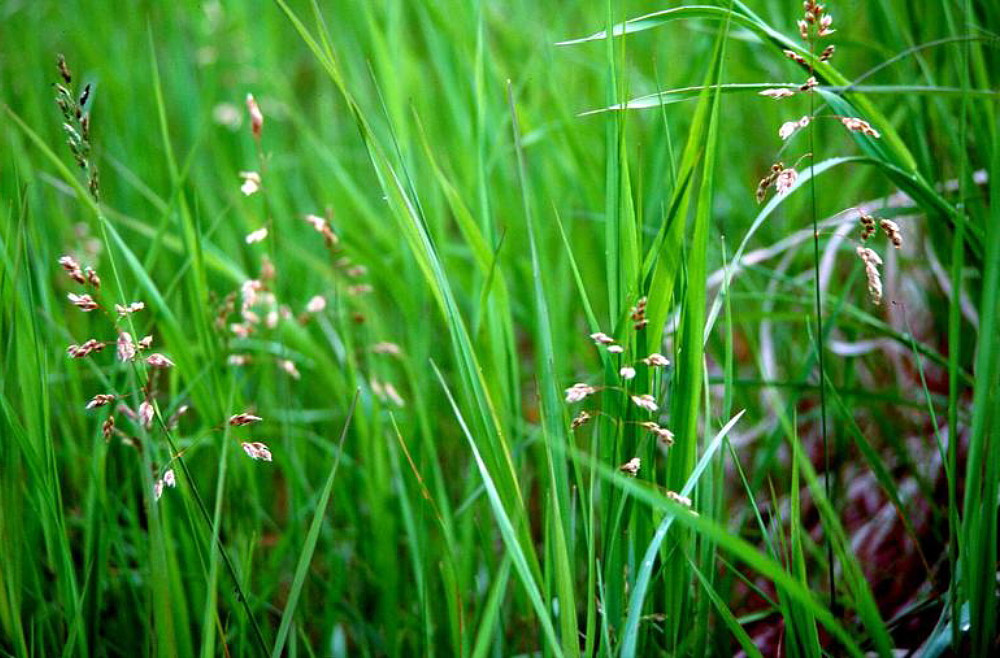 You will receive 2 starter plants, each growing in a 2.5" pot. Sweetgrass (Hierochloe odorata) is grown for its use in Native American and other rituals, as an incense. It can be smoked but the healthfulness of this is very dubious. It has a soft sweet scent, and need not be burned to be enjoyed. Live plants can be grown around the house, as living incense. Sweetgrass occurs in the wild in both North America and northern Europe. The Native Americans used it for scenting the floors of their tents, and as part of ritual costumes. In Northern Europe (particularly Russia), it is known as Mary's Grass, and was strewn on church steps for Saints' Days. It is also known as Zebrovka, Seneca Grass, Holy Grass, and Buffalo Grass (but should not be confused with Buchloe dactyloides buffalo grass). Hierochloe odorata prefers moist soil, and partial shade. It can withstand full sun in temperate climates and withstands winter excellently. Hardy in zones 4-9. Sweetgrass spreads primarily through its roots. Two kinds of stems grow, the stout ones with flowers, and the lanky sterile stems. Sweetgrass is harvested by pulling off sterile stems. It's the sterile stems that are used for braiding and basketry. They grow 18-24 inches. One "plug" (a stem or two with a few inches of frizzly rhizome) can typically cover a square foot in a year. (It's recommended by growers that harvesting take place after this initial period.) Wild stands of Sweetgrass are disappearing, due to "overpulling". When this biomass is removed from the sweetgrass stand, a little of the more precious trace nutrients is lost. * NOTE: Sweetgrass Hierochloe odorata exists in wild stands in Connecticut, Maine, Massachussetts, New Hampshire, Rhode Island, and Vermont. It is classified as "endangered" in Maryland, North Carolina, and Pennsylvania. There are four other species of sweetgrass (alpina, hirta, occidentalis, and pauciflora); they're not as strongly fragrant as oderata.

Rosemary Plant - 4" pot - Great Herb Plant for Indoors or Out