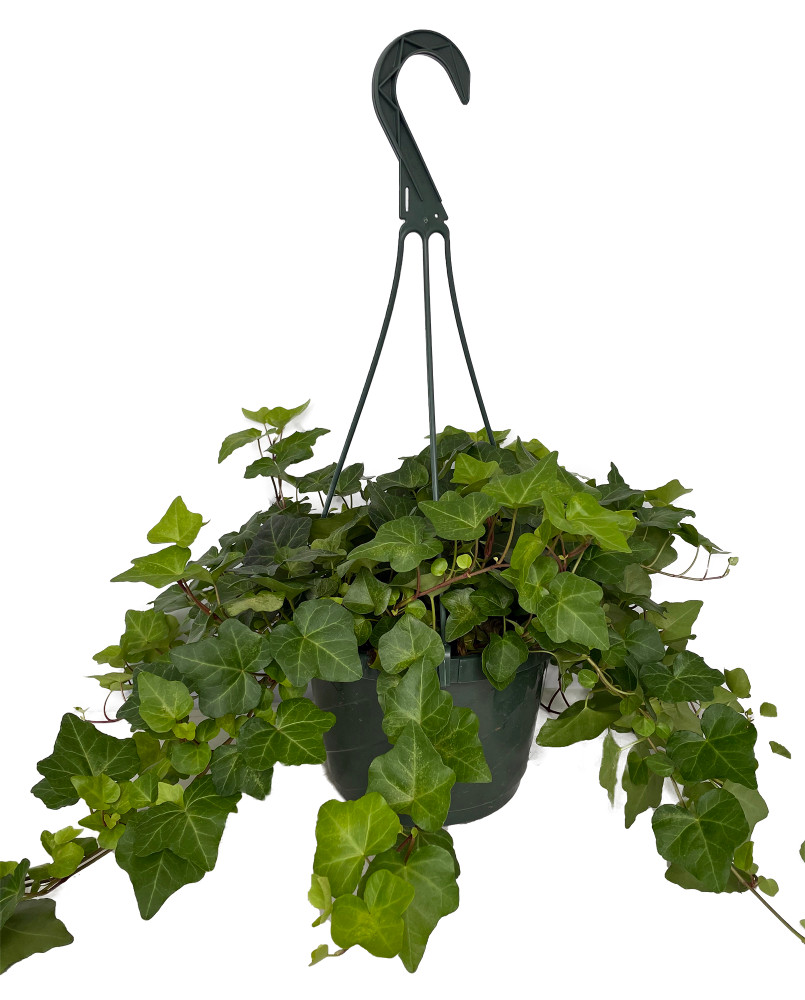 The varieties of Ivy that have been developed can hardly be counted. Most Ivy varieties are hybrid forms of Hedera helix ssp. canariensis and Hedera colchica. All have the typical ivy leaf with three to five lobes, but still show differences in color for each variety. Sometimes the leaves have white, sometimes cream, sometimes yellow markings, or are simply green. All varieties are excellent hanging plants. Hedera helix is commonly referred to as English ivy because English settlers brought it to America. Most species are native to Northern and Southern Europe and Northern Africa. Ivies are climbing vines that cling to upright surfaces by their roots, which sprout from the stems and work into any available crevice. Given the support of a thin stake, a single stem can be trained to grow upward and then branch out to make a little ivy tree. The vines can also be trained to cover fanciful shapes formed of wires stuffed with sphagnum moss. Usually, the trailing stems are allowed to cascade over the sides of pots or hanging containers. The basic English Ivy has 2 to 4 inch-long three- or five-lobed dark green leaves, but its varieties exhibit some of the oddest-shaped foliage known. There are round or heart-shaped leaves with no lobes at all, as well as others with three, four, five or seven lobes as small as 1/2 inch and as big as 6 inches across; still others are wavy, curled, crested, cupped or ruffled. In color they combine green with white, cream, yellow or pink.