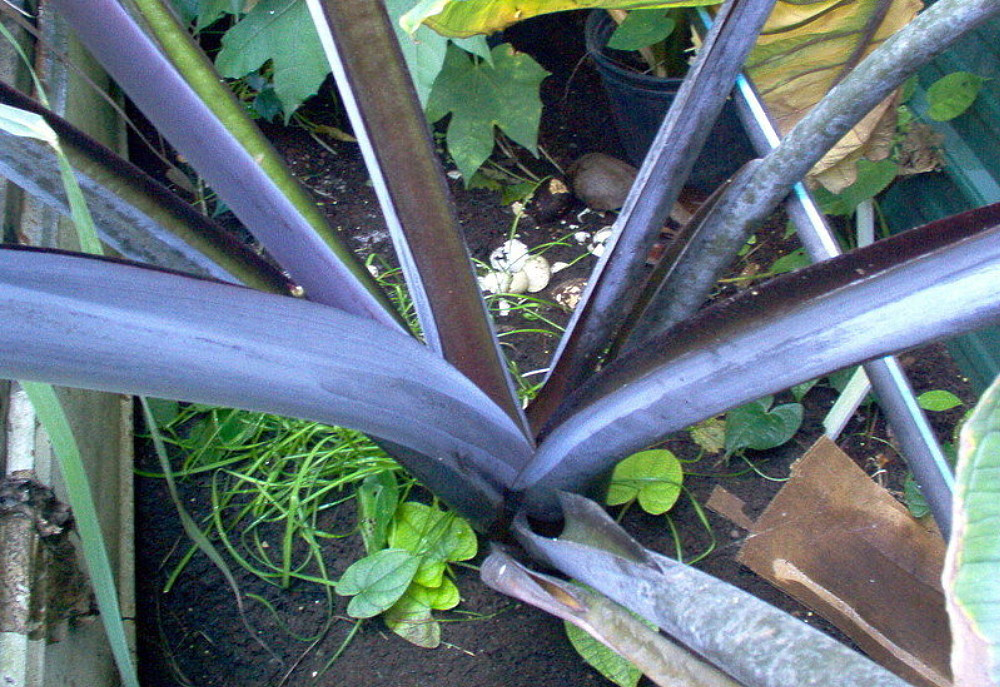 Huge leaves of dusty purple dangle from maroon-stemmed plants! The most spectacular Elephant's Ear yet! At 5-6 feet high and wide it's perfect in pots, spreading its graceful foliage over the border; or standing in solitary splendor in partly-shaded gardens. This plant has survived to 0 degrees F. Xanthosoma is a genus of flowering plants in the arum family, Araceae. The genus is native to tropical America but widely cultivated and naturalized in other tropical regions. Several are grown for their starchy corms, an important food staple of tropical regions, known variously as malanga, otoy, otoe, cocoyam (or new cocoyam), tannia, tannier, yautía, macabo, ocumo, macal, taioba, dasheen, quequisque, ʻape and (in Papua New Guinea) as Singapore taro (taro kongkong). Many other species (including especially X. roseum) are used as ornamental plants, and in popular horticultural literature are known as ‘ape or elephant ear (from the purported resemblance of the leaf to an elephant's ear). Especially popular in Cuba and Puerto Rico, where it is used in alcapurrias or boiled. It is grown in Trinidad and Tobago, Guyana and Jamaica to make the popular callaloo dish. It is also grown in West Africa, now a major producer, where it can be used as a replacement for yams in a popular regional dish called fufu. Xanthosoma is also grown as a crop in the Philippines. It produces a large stem called a corm, this surrounded by smaller edible cormels about the size of potatoes. These cormels (like the corm) are rich in starch. Their taste has been described as earthy and nutty, and they are a common ingredient in soups and stews. They may also be eaten grilled, fried, or puréed. The young, unfurled leaves of some varieties can be eaten as boiled leafy vegetables or used in soups and stews, such as the Caribbean callaloo. Hardy in zones 7-10. In cooler regions it can be cut back and brought inside as a house plant in the winter.